The Great Mural Wall of Topeka is a collaborative project of the Chesney Park Neighborhood NIA and the City of Topeka Water Department. Inspired by the Great Wall of Los Angeles led by artist Judy Baca and SPARC, the GMWT partners with neighborhoods, schools and community groups to create murals that highlight People’s History and community aspirations. 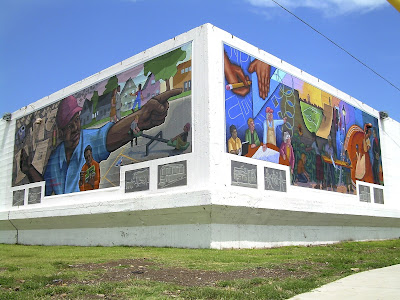